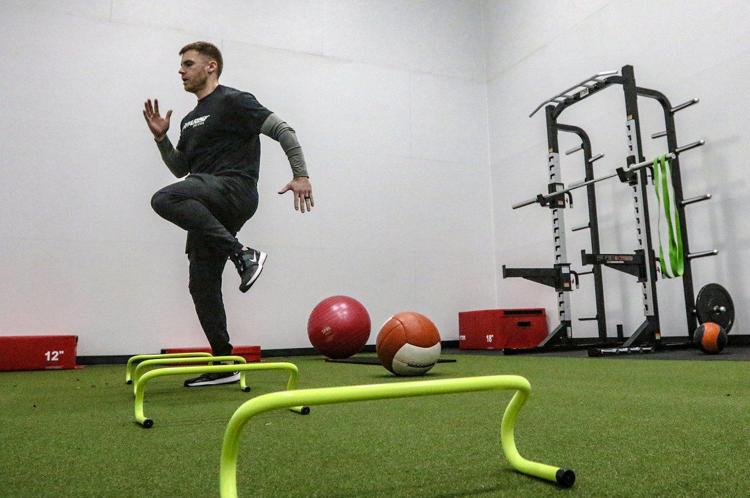 The Parisi Speed School at the Owensboro Health Healthpark will open soon.

The sports performance program, which is designed to empower athletes ages 7 to 18, is one of only two Parisi schools in Kentucky. The other is in Paducah.

Founder Bill Parisi, a former high school and college athlete, developed the Parisi Speed School in 1992 after working with the University of Florida Gators and New York Giants conditioning programs. According to the program's website, Parisi helped his first client improve his 40-yard dash speed from 4.67 to 4.45 seconds.

"Owensboro is a big sports town," said Jason Anderson, Healthpark manager of health and fitness. "We looked to see what is available for (young athletes) training for their sport. We saw basic general conditioning, but nothing for skilled development."

The Healthpark will launch a soft opening next week. The program's grand opening is scheduled from 9 a.m. to 1 p.m. Feb. 15 at the Healthpark, 1006 Ford Ave. Parents and athletes can watch demonstrations and talk with dietitians and orthopedic doctors.

Enrollments will take place during the event as well.

The Healthpark renovated its former racquetball courts on the first floor into Parisi strength-training studios. Also, the nearby gym has been outfitted with a mesh screen that can be lowered to shut off half of the gym for Parisi athletes to use.

Seth Sharp, who started working at the Healthpark in 2015 as a health and wellness specialist, was named the Parisi program's head coach and project manager in October 2019. Anderson, Sharp and Nick Jones went to New Jersey last autumn for training in the Parisi method.

The Parisi method teaches skills that will last a lifetime, he said.

"Even at 7, if they use proper mechanics, they are more likely to keep it up as they age," Sharp said. "... At camps and on teams later down the road, they know how to do things the right way."

Training sessions will take place weekday evenings and Saturday mornings. Athletes are expected to come two to three times per week for one hour.

Classes consist of four 15-minute quarters that include warm up, application, foundation and cool down.

Sharp said he would like to keep class sizes to about 10 students so they can receive individual attention. However, there is no limit on the number of classes the Healthpark program can offer.

One parent wrote about his son, who was offered a full scholarship to play hockey at the University of Wisconsin Madison.

"I can't tell you how much the training he received from the Parisi System helped in his development," Mitch Smith wrote in his testimonial. " ... The program not only made him a better athlete it helped make him (a) better person."

Another parent wrote about the program helping her daughter's Little League softball team make it to the World Series. The team worked out with certified Parisi instructors during the fall and winter leading up to the softball season.

"My daughter, Shannon, could really start to see and feel the difference of proper technique," Joanne Stein wrote. "The girls not only made it to the World Series, they won it!"