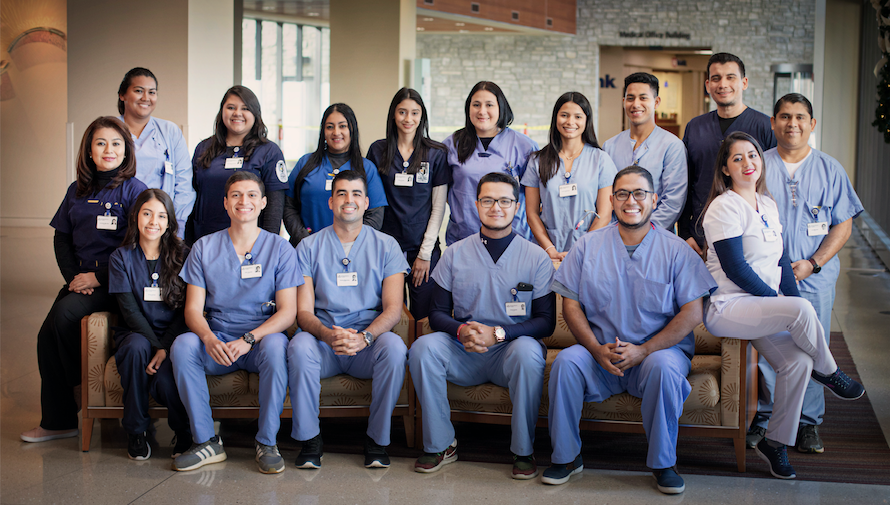 Some of them were among a group of six who came in November 2018.

This was the second time Laura Cienfuegos, a seventh-year medical student at Universidad Autonoma de Santa Ana, made the trip to OHRH. Cienfuegos also has applied for one of OH's new family residency spots.

"Being here is like a dream come true," she said.

Since she was a first-year medical student, visiting the U.S. has been part of her plan.

For the past week, Cienfuegos has observed OH doctors who practice cardiology, orthopedics, surgery and internal medicine.

This trip was a first for Denisse Caballero, also a seventh-year medical student. She, too, has applied for a residency with OH.

Caballero has followed doctors in neurology, orthopedics and cardiology for the past week.

"The environment here makes it all different," she said.

At OHRH, patients are comfortable talking to doctors. Also, physicians seem more open with patients about their medical conditions than Caballero has observed in El Salvador.

Jose "Mike" Hernandez, who manages international affairs for the university, arranged both trips to OHRH. Fifteen students applied to make the trip in 2018. The number mushroomed to 50 applications this year.

After returning to El Salvador last year, university officials shared lots of information about the weeklong trip, which created a lot of enthusiasm among medical students, Hernandez said.

Likewise, OH communications staff noticed the health system started getting lots of likes and shares on social media from El Salvador after the trip.

"The teamwork here is amazing," he said.

And people in El Salvador who have not been to the U.S. share a misconception, he said. They believe Americans are cold and distant.

"It's like a wonderful thing in my life," Cienfuegos said of her experiences in Owensboro. "We love Owensboro and the people and the hospital."

These trips are not just about academic learning, Hernandez said. They also provide a way to discover the culture of another country and region.

This year's group is staying at the homes of Drs. Scott Reader and Su Kim, which helps reduce the expense of the trip. The university does not pay students' expenses. Instead, students' families pay the cost of the trips, which can be a hardship.

"The parents knew this is an investment in education," Hernandez said.