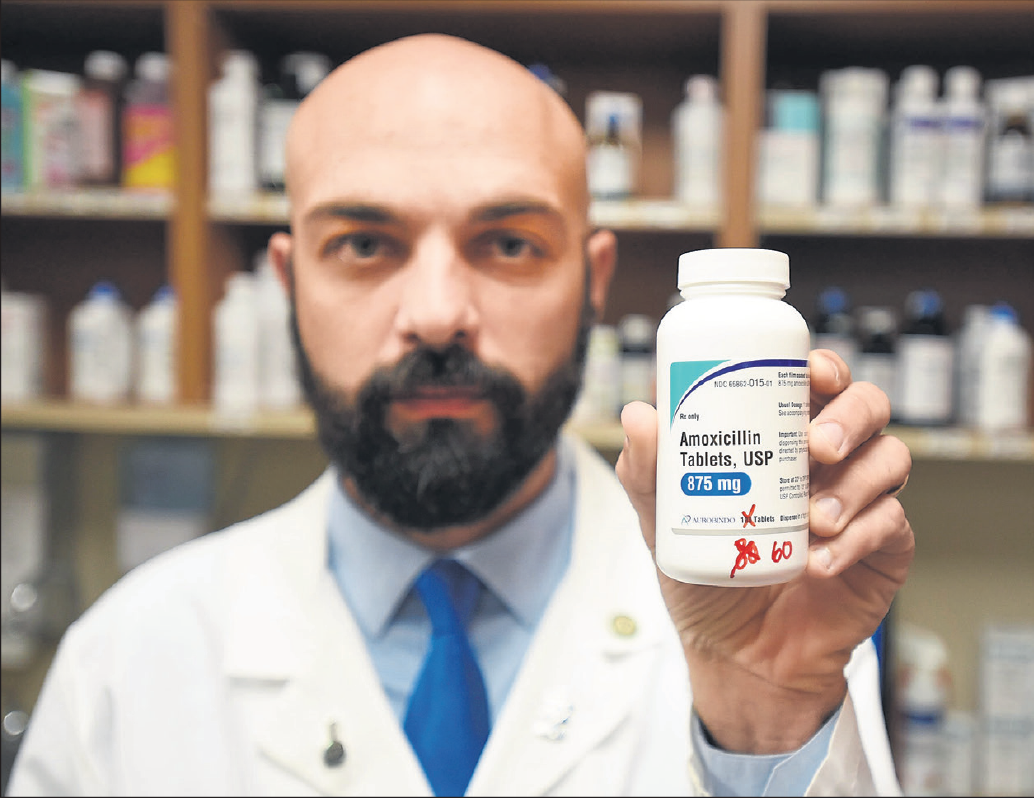 Kentucky medical providers rank No. 1 nationwide for prescribing antibiotics. It’s another Top 10 list the state should try to avoid. While most people think antibiotics are cure-alls, they are not. Often, these drugs are used too often and for the wrong purposes.

Also, many people believe antibiotics are benign drugs. Not true.

Besides causing side effects, their overuse can lead to something called “antibiotic resistance,” or germs’ ability to morph and mount defenses against drugs used to kill them.

Antibiotic resistance is one of the world’s most pressing public health issues.

“Each year in the U.S., at least 2 million people are infected with antibiotic-resistant bacteria, and at least 23,000 people die as a result,” the Centers for Disease Control and Prevention report.

The CDC estimates about 30% of antibiotics prescribed during outpatient visits are not needed.

To ensure optimal antibiotic use, Owensboro Health developed the Antimicrobial Stewardship Program in 2012. Lance Smith, one of the health system’s pharmacists, leads the initiative.

“We have our hands in every part of the hospital,” Smith said.

More education about antibiotics is needed, Smith said. To begin, there are many misconceptions about this class of drugs.

For example, antibiotics are like any prescribed medicine. They have side effects. Some patients experience nausea, stomach cramps and vomiting.

Fluoroquinolones are a class of antibiotics often used to treat urinary tract infections and bronchitis. Since 2004, that drug has been linked to serious nerve damage.

They also are broad spectrum agents that are more likely to promote clostridium diffi cile, commonly known as C. Diff., a bacterium that occurs naturally in the environment.

“There’s been a growing amount of evidence these drugs are not as benign as once thought,” Smith said.

The Food and Drug Administration does not recommend the use of fl uoroquinolones unless no other option exists. Over the last couple of years, OHRH has reduced its use of that type of antibiotic by 90%, he said.

Since starting its Antimicrobial Stewardship Program, OH has pushed its “right drug, right patient, right dose at the right time” message out to the regional medical community. The health system has worked on outpatient education, distributing posters and fact sheets to clinics.

OH officials also have written an educational letter to all medical providers in the health system’s 15-county service area.

Efforts are paying off, Smith said. Physicians in outpatient clinics and urgent care centers call often to ask him questions about antibiotic prescriptions.